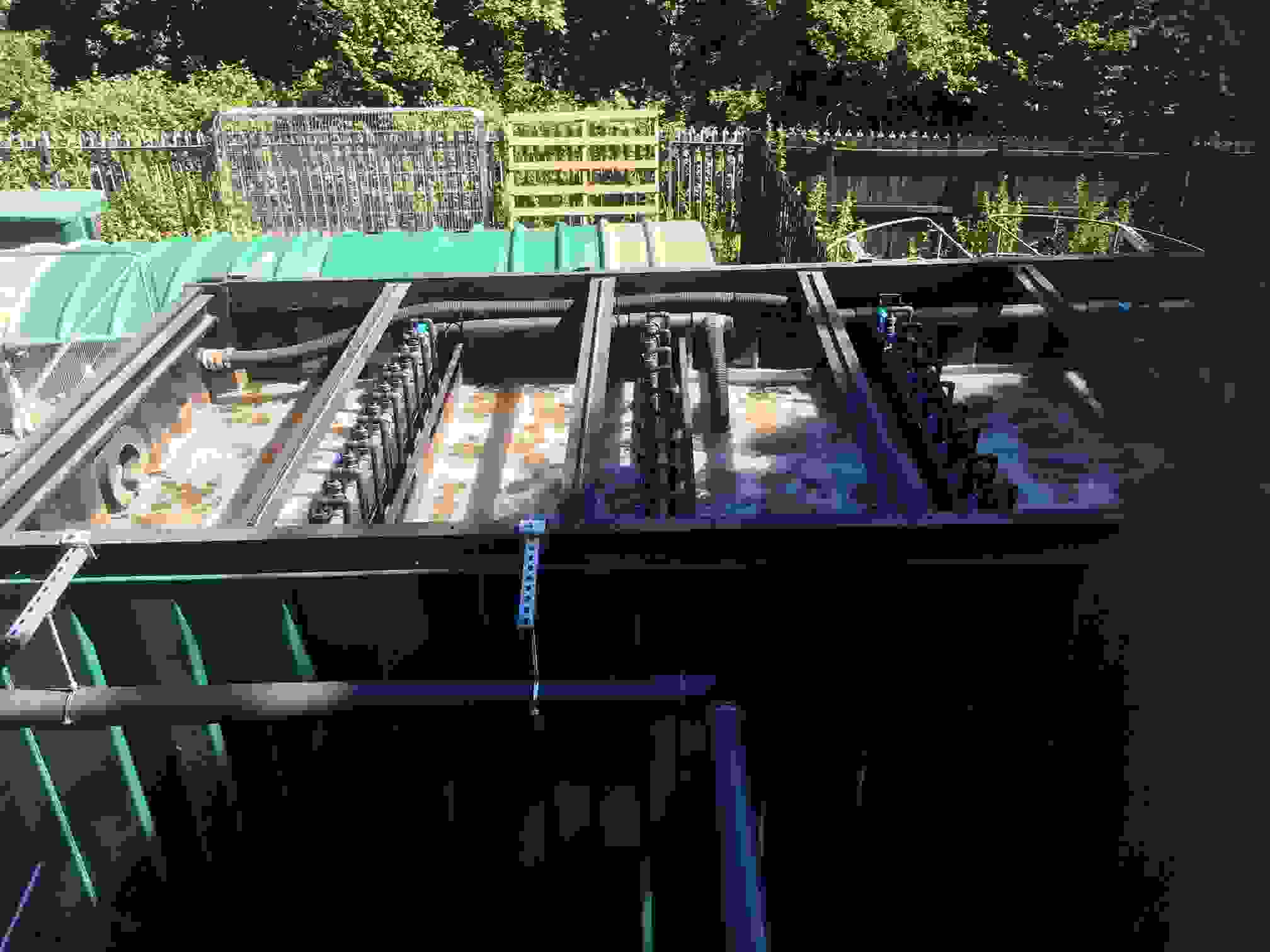 design and optimisation of a package sewage works

Many sites produce domestic sewage that cannot be discharged to a public sewer system, often because the sites are remote and not close to a suitable wastewater network. Our client in this case study operates a site with a large, transient and highly variable domestic sewage load. When we first got involved on this site the sewage was treated in an ageing sewage plant that was struggling to meet the ammonia discharge limits in the consent for the site. The plant had suffered from an inhibition event and the biomass had died. We helped to resurrect the plant but it subsequently suffered a major structural failure and it became clear a new plant was needed.

The plant suffered from a lack of proper flow attenuation and primary settlement. We developed a design that repurposed a redundant concrete tank , splitting it in two and using one section as attenuation storage and the other as a primary tank. Subsequent work saw us specify a two-stage biological treatment process to remove BOD and ammonia. However, the plant still struggled to meet its final effluent limit for suspended solids. Detailed investigations discovered that the particle size distribution of the solids in the final effluent was unusually narrow and the particles themselves were extremely fine. The addition of a micro-screen brought instant solids compliance. Compliance with the ammonia consent was guaranteed following the addition of a sodium carbonate dosing system to maintain sufficient alkalinity for nitrification to occur.

Before our involvement at this site, the mean final effluent ammonia was 27 mg/l compared to the consent limit of 6 mg/l. Compliance with the consent was around 20%. While BOD compliance had always generally been good, the average solids content of the final effluent was around 35 mg/l although the consent was 30 mg/l. The redesigned plant now regularly achieves a solids concentration of less than 5 mg/l and the ammonia content has been below 0.5 mg/l for over a year. In fact, the site has just celebrated one year of compliance with all of its consent parameters.

The project solved a very tricky regulatory compliance problem for the client, who has retained our services to ensure the plant stays compliant.

Applying a diligent and systematic approach to process design and operations helped this client to choose the best options for their site and achieve 100% consent compliance. We work on package sewage works around the UK in many situations. Let us know how we can help to optimise or redesign your systems.